Native to Guatemala, chia is rich in nutrients, fiber, omega-3, among other benefits 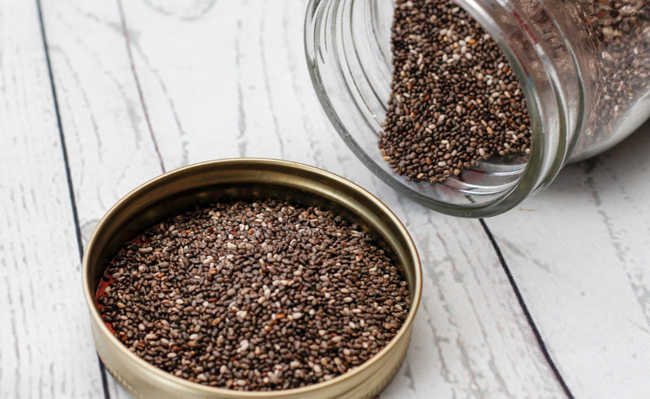 The seed of the Hispanic sage plant, better known as chia seed , is a very old native species from Guatemala. She has become very popular recently and has become the darling of fans of healthy living. But, after all, what is the chia seed for ? To give you an idea, it has already been used by Guatemalan warriors on their long journeys – this is because, according to the legends of the time, a tablespoon of chia seed could sustain a person for an entire day.

Such warriors were not wrong. The chia has a high nutritional value, it is full of antioxidants , contains omega 3, fiber, vitamins, minerals such as magnesium and potassium and complete proteins. The chia is considered one of the few vegetables to offer a nutritional value that high.

The chia seed has a specific ability to absorb water and create a gel that can be mixed with food to increase its volume, without causing any variation in terms of the flavor and caloric value of the food. According to a study by the European Journal of Clinical Nutrition, adding chia to the diet can help control blood glucose levels and make you feel fuller for longer.

First you should add 1/4 cup of chia seeds in 1/2 cup of water and stir well to avoid clumping. Wait a few minutes and mix again; then, let it soak for another 5 or 10 minutes, until the gel is formed, and add to the food in the proportion of half a chia gel to half of the food and stir before eating.

The gel can be kept in the refrigerator for up to two weeks without losing its properties and can be added to hot or cold cereals, condiments such as ketchup, mustard, salad dressings, sweets, jellies, and dairy products, such as yogurt or sour cream. and the like. It can also be used to replace up to a third of oil in homemade breads, reducing calories and increasing the amount of fiber.

Also very well known is the chia oil , extracted from its seeds, which brings benefits to the health and beauty of the body, it stimulates the formation of collagen and prevents premature aging.

The chia seed has no evidence of adverse effects on human health, but there are still uncertainties regarding the allergic potential of its use. Studies on chia toxicology and past experiences and present gifts available in general that their use is safe for food purposes.

The substances present in chia also have other benefits: it helps to maintain adequate hydration levels for the body, as well as maintaining the balance of electrolytes; aids digestion and reduces heartburn caused by spicy or acidic foods; assists in maintaining the regularity of the body, due to its high fiber content and its ability to retain water. Soluble fiber also regulates and reduces cholesterol levels and also slows down the conversion of carbohydrates into simple sugars in the digestive system, which regulates blood glucose levels, preventing spikes and falls. The seed is also very important in the treatment of type two diabetes and heart disease.

To use the seed is very simple. Just insert the chia in soups, salads, ice cream, cereal or any other food you want. Don’t worry about the taste because the seeds won’t change it significantly.

To control cholesterol and glucose, the seeds must be ingested before a meal, and if you just want to enjoy the benefits of them, just add them to meals. A good tip is to insert one tablespoon of dried chia seed or nine tablespoons of gel a day, into your diet.

And to lose weight and control your appetite, you should prefer to use the nine scoops of gel and reduce flavoring and sugar. That’s because chia gel replaces up to a third of the amount of fat in recipes. Another way to control weight is by eating the seed, with plenty of water, or a spoonful of gel about 15 minutes before a meal or snack.

Now that you know all this, just put the chia seed in your daily life! Learn how to make a chia pudding recipe in just two minutes in the article

We use cookies to ensure that we give you the best experience on our website. If you continue to use this site we will assume that you are happy with it.Ok